Thirty years in Denver, Colorado and the Rocky Mountain Region has amassed a wealth of experience and knowledge at Webb Strategic Communications. Since its founding as a “media relations shop" staffed by journalists, Webb's culture of immediacy and accessibility has been a foundation for today's broader communications landscape. Newsroom skills permeate the work: succinct, on-point messaging, deadline-driven organization and multitasking, adaptability, and empathetic listening.

Webb Strategic believes in the personal attention and cost savings only a small firm can provide, but the Webb reach is mighty.

The Webb core values and the “code" that guides the work round out a strong culture moving forward.

These business principles, espoused by former investment banker, James P. Owen, perfectly capture the manner in which Webb conducts business. It's simple. It's honest. It works.

Used and reprinted with permission of James P. Owen, copyright 2004 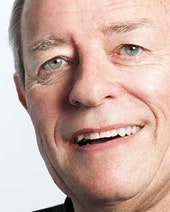 Pete Webb is president and founder of Webb Strategic Communications (formerly Webb PR), which he started in 1988 – working on three client accounts from his kitchen table. A quarter century later his firm has engineered communications strategy for clients in virtually every market nationwide and become known for its willingness to tackle tough assignments.

Pete's professional life before entrepreneurship includes award-winning investigative television reporting in five major markets, serving as a vice president of one of Denver's most respected PR firms, and even a stint with the FBI.

A former President of the Special District Association of Colorado, he served a total of 19 years on two major fire protection district boards, and continues to serve on various local government boards. He has lectured in the West on the challenges of merging fire services agencies as a result of his role in the creation of the South Metro Fire Rescue Authority.

Known among the staff as “Wiki-Pete-ia", Pete can provide a backstory for seemingly everything, important or not! Attend a parade in the Denver metro area and there's a chance you'll see him rolling by in his antique fire engine. What time he has left is spent enjoying time with family and friends. 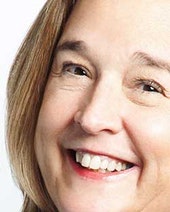 Ginny also works closely with the Webb client services team on a variety of accounts. She approaches each communications strategy from the client's perspective to maximize impact, and assure value. Ginny focuses on the big picture. This can be identifying and connecting with key experts to inform message development early in a campaign, or establish actionable sustainability tactics as an effort winds down. For Ginny, results are the driver, but the ride itself should also be fun. She promotes a culture of balance for the Webb staff.

Community volunteerism is important to Ginny, and she has served on the boards of The Denver Hispanic Chamber of Commerce, Inter-Faith Community Services, and is a past president of the University Colorado – Denver Alumni Association.

Away from Webb, Ginny enjoys the smiles provided by a dynamic duo of grandsons, time with her extended family, and getting away to the variety of fun destinations in Colorado and beyond. 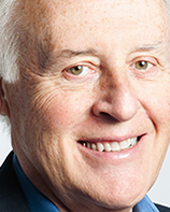 Dan provides Webb with a comprehensive knowledge of political landscapes. He served at the pleasure of Colorado Governor Bill Owens as Director of Communications and Deputy Chief of Staff for six years. This job made him directly responsible for day-to-day media relations and handling the Governor's public events, interviews and scheduling.

Dan is currently also Chairman of the Scientific and Cultural Facility District (SCFD) Board of Directors, which directs taxpayer funds to support more than 200 Denver museums, cultural facilities, theatre, music and art programs. 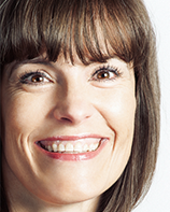 Insight and efficient communication describe Elizabeth's versatile contributions to Webb. She is extremely proficient in creating multicultural strategies and conducting focus group or meeting moderation in Spanish, English, or bilingually. Her ability to analyze audience feedback from a communications perspective lends valuable insight to Webb clients.

Elizabeth holds degrees from Cornell and Pennsylvania's Wharton School of Business. She has also completed the Executive Management Program at the John F. Kennedy School of Government at Harvard University. She also applies more than 20 years of entrepreneurial and corporate management experience when assisting Webb with the development of multicultural strategy.

A member of the Executive Team for the Girls Inc. Board, and board member of the Circle for Latina Leadership, Elizabeth is also a professor at the University of Denver. 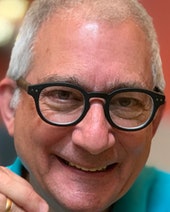 Sam Mamet provides strategic counsel and guidance to Webb’s local government clients. Previously he served as the Executive Director of the Colorado Municipal League for 40 years. In his capacity, he helped shape statewide public policy for a variety of issues affecting cities and towns including tax policy, growth, transportation, and sustainability.

Sam is the recipient of numerous honors from his public service and remains a well-known figure among state and local policymakers. He has also served as an adjunct faculty member in the Political Science Department at the University of Colorado – Denver. Sam received a BA from Albright College and an MPA from the University of Colorado – Boulder. 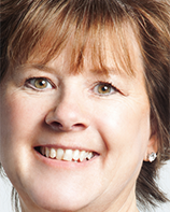 Sheryl oversees accounts payable and receivable, payroll, benefits management, and serves as the de facto IT manager at Webb. She joined Webb after nearly 15 years in bank management and financial consulting in multiple states.

An expert understanding of Webb's customized billing system, and her ability to administer complicated state contracts translates to a highly efficient system in processing Webb's bills and professional fees. The personification of a Swiss Army knife, Sheryl is in daily contact with the client services team to update budgets, review contracts, or shed light on how to navigate the postage machine.

Sheryl's children, and illegally cute Beagles, occupy much of her personal time, but she still escapes with her husband for date nights. 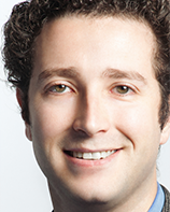 Andy is a Colorado native, but arrived at Webb after spending several years as an evening news producer in El Paso, Texas and Albuquerque, NM. While fond of the newsroom environment, Andy ultimately opted for a career path where, “business and communications aren't on separate floors."

Andy's role at Webb allows him to combine a variety of passions including writing, creative development, digital video production, and analytics strategy. He puts these skills to use for clients including the Colorado Division of Behavioral Health, ECCV Water and Sanitation District, and Covenant Retirement Communities.

In the summer you'll likely find Andy above timberline on a 14er, or beating the heat with morning bike rides in the Denver area. When temperatures drop he's probably watching football with his wife. 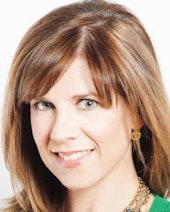 Taunia joined the Webb Strategic Communications team as an account manager after a long career as a television news journalist.

Most recently, she worked for KUSA-9NEWS as morning traffic anchor. It was Taunia's second stint at 9NEWS, and the one where she kept both feet on the ground. From 2004 to 2007 she was KUSA's airborne reporter and photographer in the 9NEWS helicopter. She was first in the nation to report from a fully-HD news chopper and covered many breaking news stories in the state of Colorado, including wildfires, tornadoes and of course, high-speed car chases!

In between stops at 9NEWS, Taunia was a freelance news reporter at WFLD-TV in Chicago, and NY1 in New York City. She was also a New York-based writer for CNN, writing for American Morning and The Situation Room with Wolf Blitzer.

A native of Kansas, Taunia is a proud graduate of Wichita State University, where she was also a student athlete. Go Shockers! Taunia's family includes a very energetic son and her daughter, who is an extremely sassy toddler; her Soft-Coated Wheaten Terrier, Jake and her husband Jeremy Hubbard, the primary anchor for KDVR-TV, Fox 31 News.

If she had free time, she would spend it hiking up Boulder Canyon or traveling to the Western Slope, where much of her extended family lives. But for now, “free time" means chasing her children around the park and marathons of Disney animated movies. 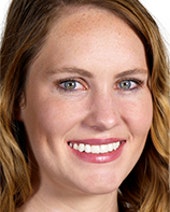 Lauren has steadily worked her way up the ranks since joining Webb as an intern. Along the way she’s been the point person for projects that utilize a multitude of communications strategies and tactics. She’s posted fliers in Denver neighborhoods, live-streamed events, managed media relations in markets throughout the state, and carried graphic design projects from strategy and development through successful execution.

Her responsibilities at Webb have allowed her to work on a diverse array of projects and campaigns including statewide behavior change and social marketing efforts. She is also well-versed in assembling and managing community partnerships and outreach efforts.

Lauren earned a degree in strategic communications from the University of Missouri. While relatively new to Colorado, she has taken up the lifestyle perfectly. Most weekends find her at a park, on a mountain trail or making turns. 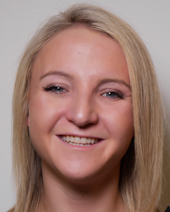 Erin Curry joined the Webb team in 2018. It didn’t take long for her skills in content creation to be put to use on projects ranging from corporate communications plans to social media calendars for non-profits. Erin has also been a key contributor in earned media with both traditional and emerging channels. She’s been involved with statewide pitches to news media and has researched and collaborated with social media influencers to reach specific audiences.

Prior to joining Webb Strategic Communications, Erin successfully completed communications internships ranging from the music industry to health and wellness – including work at an agency in London. She graduated from the University of Missouri in 2018 with a Bachelor of Journalism degree in strategic communications.

Erin is a Colorado native and takes that burden seriously by hiking, hitting up breweries, and exploring Denver’s arts districts in her free time. She has also won actual competitions in competitive cup-stacking and recorder-playing, which her co-workers find to be incredible achievements. 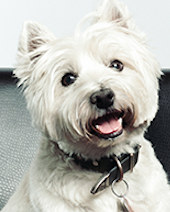 Brody hails from Burlington, CO and is a fan of most everything. He joined the Webb team after graduating from West Highland University with a dual degree in Friendliness and Napping. He puts both skills to use on a daily basis.

In his time at Webb, he's developed a series of successful employee morale initiatives ranging from foot nuzzles to spirited games of kickball. Ever the terrier, Brody greets visitors with a friendly yet refined enthusiasm; he believes legs should be sniffed and not jumped upon.

Brody credits a healthy diet of wholesome meats and grains as the key to his eager, “I'm gonna get that ball," attitude. His free time is spent maintaining a congenial atmosphere with his feline housemate Seamus.

⇧ Back to top